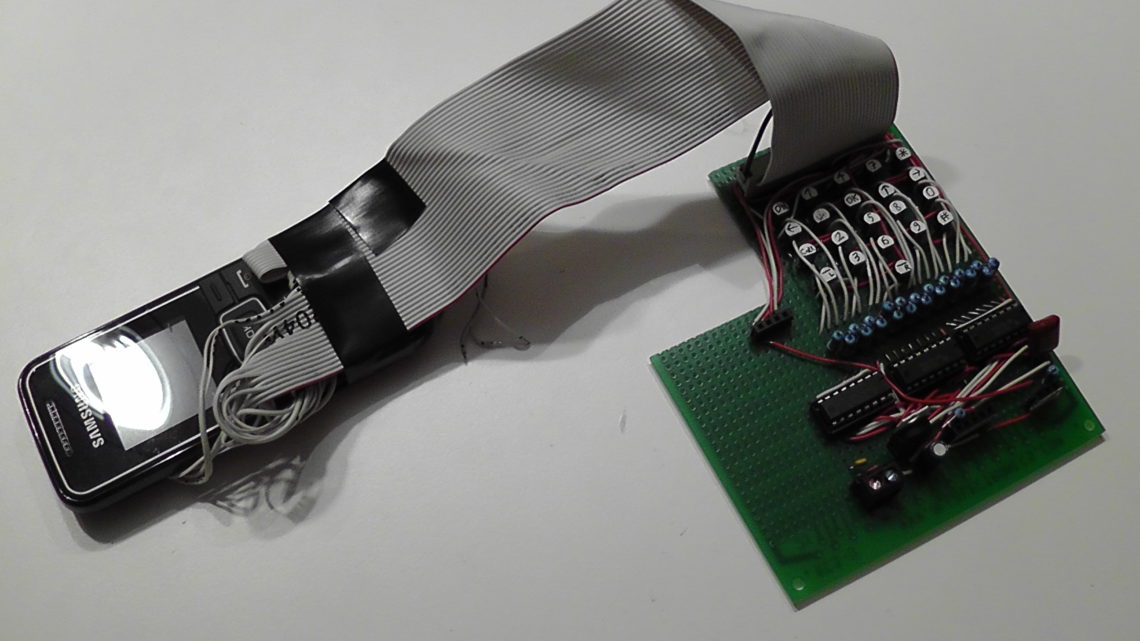 Turning an old “brick” cellphone into a data transmitting device

I’ve never liked throwing away working electronics. The same counts for old cellphones. As I got my first smartphone a long time back, I kept my “brick” phone, thinking about doing something with it one day. This day came in May 2014, when I decided to revolve my next project around putting this old phone to use.
What I came up with was to mod the cellphone so that I could electronically “press” the buttons using a microcontroller. It took a lot of effort, not much money at all, and it was lots of fun. The end result was a device which could send data, in the form of texts (SMS), over the cellular network to other phones. This data could be anything, for example data from environmental sensors.
The downside are the costs for sending text messages, the slow data transfer rate, and the power consumption. This device is best suited for sending small amounts of data over long distances.

This device is only a prototype. If I were to make more of these, I would design PCBs for them, make sure they have a decent housing and think of ways to reduce assembly time. The assembly time is the biggest hurdle when building this.

The external circuitry has headers which extend the inputs of the shift registers. An Arduino UNO acts as the brains for this project. I chose it for its quick and simple programmability.

When I wrote this mod I also made a step-by-step tutorial on it. Check it out here!

This site uses Akismet to reduce spam. Learn how your comment data is processed.